Talking in Recovery: A Sober Story by Paul Harris

Paul Harris is a guy on Instagram who holds experience because he has been there seen it and done it. Being sober for over 6 years with no relapse shows character and I am grateful that he has shared his story of success having suffered from alcohol addiction for many years. This is Paul’s own story, in his words:

I can’t really remember when I first started drinking, 12 or 13? I do remember however living with an alcoholic mother that I never wanted to be like…how wrong was I. My teens were that as a pretty normal teenager, the usual drinking getting into trouble, in my 20’s I was drinking heavily nearly every day, getting into bigger trouble, in and out of police cells, disappearing for days, 2 drink driving offenses, the second one nearly resulted in me going to prison, but my lawyer worked a miracle!!…that being said I was on a drink awareness course which felt like a lifetime.

The clubbing scene was very much on the go and every drug known to man I was taking…whilst I got heavily into drugs. Interestingly I managed to control that…it was the alcohol I always craved; you know that Legal stuff!!

In my 30’s is where it started to get interesting, up to 35 (ish) I was dependant on alcohol daily although at the time I chose not to realize this, In the occupation I did from 17 years old was in the steel industry and worked my way to the top…this however came at a price, as back in the 90’s and early noughties it was a massive drinking culture occupation and a very stressful environment and back in the day going out at lunch for 5 or 6 pints then going back to office was just the norm, corporate do’s after do’s all over the country sometimes abroad…drink drink drink….it always sealed the deal!

35 to 40 was the height of my alcoholism, needing alcohol every day to function, vodka in a water bottle next to the bed to bring me round to stop the vicious shakes and to take away the sickness, drinking to get an appetite, drinking during work, drinking after work, drinking way into the early hours, cans on my own only to repeat day after day, I was literally under the influence every day for years…I tried a couple of times to stop and detox…this just resulted with me going to hospital to be treated for alcohol withdrawal shock, there were years of me being told I had a drink problem and needed help, years of denial, I ended up losing my job through turning up to work totally drunk driving the company car…something had to give,  my doctor told me one day after a series of tests etc, that I will die soon if I carried on…I didn’t take much notice to be fair as I was drunk then…but this stuck with me…then with the support of my wife I somehow found the strength to go back to the docs and say the dreaded words at the time…..I’m an alcoholic…and I was diagnosed with Ethanol dependency (same thing)..so rehab and therapy came knocking.

I’m 45 now (46 in September) I was 39 when it came to an end , official sobriety date 18th May 2014 this was the date of the last can of fosters I had before rehab, I even signed the can and still have it to this day on my mantelpiece as a souvenir and a bit of motivation, and I am proud to say no relapses…but it was tough at first, there’s no denying that.

After medication I think they say the first 90 days are most vital to recovery, if you maintain sobriety in this time your chances of relapse reduce dramatically….I was one of the lucky ones who managed not to relapse, how did I manage this? That’s a good question and I think mainly what stuck with me was how ill I was with my anxiety levels and my mental health deteriorating, panic attacks, not sleeping, heart beating so fast at times lying in bed on occasions and just waiting for it to pack in. Not to mention the knock-on effect to family, friends and work, basically everything. It makes you toxic…I’ll always remember thinking I never ever want to feel like that again all for what? A 20 min buzz for it all to get out of control….I’m not wired up in the head properly to just have one…like many others out there, one turns into a full session or let’s say constant drinking until further notice.

Talking openly is a massive comfort and great therapy…I had counselling for many years, one on one…I never opted for AA as it didn’t feel right for me….but talking and talking and more talking is so good for your recovery…..and still is today even after 6 years and always will be moving forward as addiction needs to be managed daily.

I have been running my own business now for the last 5 years which is one of many things that spur me on, I don’t have kids but there are many other reasons for me to carry on with my recovery, and recovery I will be in for, for all my life

Life has just got better and better and so much easier, not without its challenges, especially the recent loss of my mother and brother both through alcohol related issues was sure a test, and the drink devil reared his ugly head trying to tempt me back but I told him to do one and just thought of how much worse I would feel with the added extra of alcohol anxiety….so I didn’t touch a drop…it’s something I’ve brainwashed myself into thinking to stop me going back…it’s easier for some than others to do this i know, but there is a way out, but you must speak up there is no shame or embarrassment in addiction it’s an illness/disease I’m living proof…I’ve waited a long time, but I am now the man I’ve always wanted to be…and sobriety works for me…and it can for you…

It gives me great pleasure to try and help others, if you follow me on Instagram @paul_sober_harris here I share my stories and offer my best advice.

Keep well, and remember, speak up 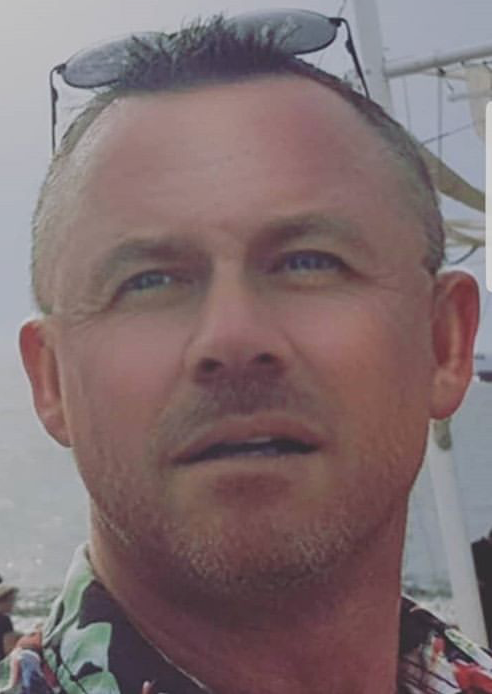