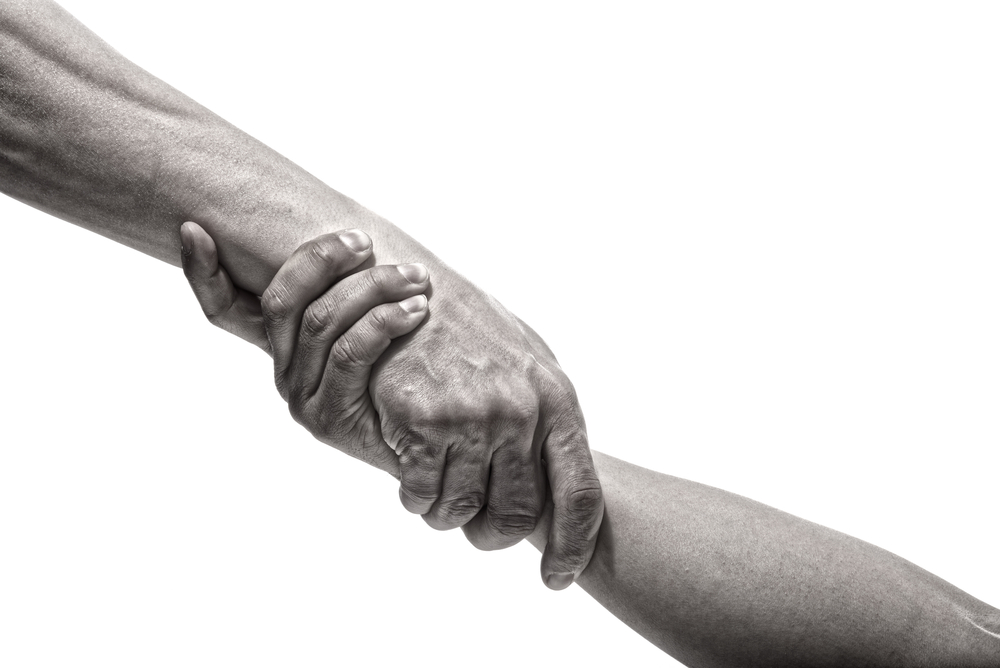 Most people know deep down that they had a problem with alcohol long before they acknowledged it. For me, I was binging over a 20-year period and gradually getting worse.

The wheels really came off in 2014 and for the next 4 years, although I had a week or three off here and there, I know I started drinking secretly more than in public in 2016 and the 2 years that followed were the years I battled hardest against the demon.

There are many incidents that swayed me towards continued sobriety, and it seems I learned the hard way, but it just goes to show the grip that alcohol can have on people, and I wouldn’t say I was even physically dependant.

I have managed to hold on to both my family – just – and my job, also just, but everyone has different personal rock-bottom culminating, in my case with a do or die decision. To my credit, I kept trying and eventually, I won the war after many battles… You can do this too!

Below are 5 examples to inspire you to reach out and look for support although there are many more:

Learning from your own mistakes and those of others

Let’s face it, we all make them, whether alcohol-related or not. The key is to learn from them and really understand the why, what, where, and when. For me, this was a big experience and the hurt often caused can be used as a good deterrent.

One thing is for certain, we need to own our mistakes because doing so gives a great platform to build on with the mentality of ‘the only way is up’. Furthermore, whilst it isn’t nice to see or hear of people messing up, we can also often use this as inspiration in terms of what not to do.

In case you have been living on the moon recently, AA (Alcoholics Anonymous) is an organisation that has helped so many and will continue to do so for many years, anonymously. (See what I did there?)

The assumption and the perception of people who are at rock bottom sat in a circle looking like they have been pulled through a hedge backward, is not how it was for me. Even before the moment I made the connection via the internet, I knew I didn’t want to do that, and you don’t have to as there are now on-line meetings through Skype.

Once you are logged on, Monday through Friday from 19.00 to 20.00, the meeting assumes the same principles as the face-to-face ones.

There is a chair of the meeting and that person welcomes everyone with the infamous words ‘My name is… and I’m an alcoholic’ followed by introductions from everyone on the call in the same way.

After the introduction, the chair would usually kick off by sharing, and then the virtual floor would be opened for others to share their thoughts.

I found that some were about that day and their struggle getting through it, and others were about wider issues that drinking had landed them in. I used to come off the calls feeling sorry for people sometimes, but at the same time grateful that I had made this radical decision to quit booze and inspired by those that had achieved it.

Check out my post on step 4, taking personal inventory, which explains why I think this was the most important step for me. I never continued with AA, but I began to put what I had learned from the experience to use in my own way, and I realized that by owning sobriety and avoiding the triggers it gave me a sense of positivity.

During the Summer of 2019, I found the community on Instagram which proved to be extremely supportive. Just by reading comments and looking at pictures is a huge help.

It is easy to get carried away with social media, but some of the characters on there are extremely inspiring. In addition to this, as part of a sober community, it can serve to give us a sense of accountability by also supporting and eventually inspiring others back. My handle is @thesoberbubble, for obvious reasons.

I am a massive advocate of this practice and you can read more about NLP and my experience here. One tiny example of NLP is using positive self-talk such as ‘I do not drink’ rather than ‘I can’t drink’, or ‘I am trying to give up drinking’. I have continued to understand the ‘real’ reason I wanted to stop (my family) and dealt with the emotions of my past. I did this through NLP techniques and step 4 in AA.

Take Tips from Others and Make Them Your Own

Along with my ‘sobriety top tips’ here are some examples of other ways I supported myself in quitting alcohol and whilst you obviously don’t have to replicate them exactly, perhaps you can find some inspiration.

Told people I was stopping drinking for good and would likely avoid trigger situations for a while. If this offended them then so be it.

Started using the health club I was a member of as a place to vent when I wanted to holler at the demon for messing up my Feng Shui (or Cravings). Mainly swimming.

Substituted alcohol with tonic water and other fizzy (diet) drinks. I found that it helped with cravings.

Ensured I had pictures of my family all around me as a reminder of why I wanted to quit.

Limited my time away from home as far as possible. This was extremely important and a major trigger to avoid, although it has got easier.

Rewarded myself after 30 days with a Nespresso Machine to give me a boost, in more ways than one. The rewards from Sobriety now don’t necessarily need planning. They just come.

In the time since quitting drinking, I have also:

Created a much happier and calmer home.

Enjoyed sober holidays in the UK and Overseas, and even bought a caravan, hence the UK trips.

Begun appreciating the small things and realised: they really are those you look back on and appreciate. They are the big things.

Picked up the guitar again and written a song.

Supported others through social media and found a whole new sober tribe.

And then there is the website, podcasts and oh yeah, and I have written a  book ‘Finding Your Sober Bubble’!

If you are looking for inspiration from my story, then I will finish this post with this:

Do not give up! My passion to encourage others and any advice I give, is driven from personal experience and the issues and stresses that are around us every day.

I consider myself extremely fortunate and I have accepted that people like me do make their own mistakes. With core values, determination, hope, and humor we can get back on track. I spent most of my adult life looking for something, blinded by alcohol, but through sobriety, I found it right under my nose.

I found contentment, so can you! 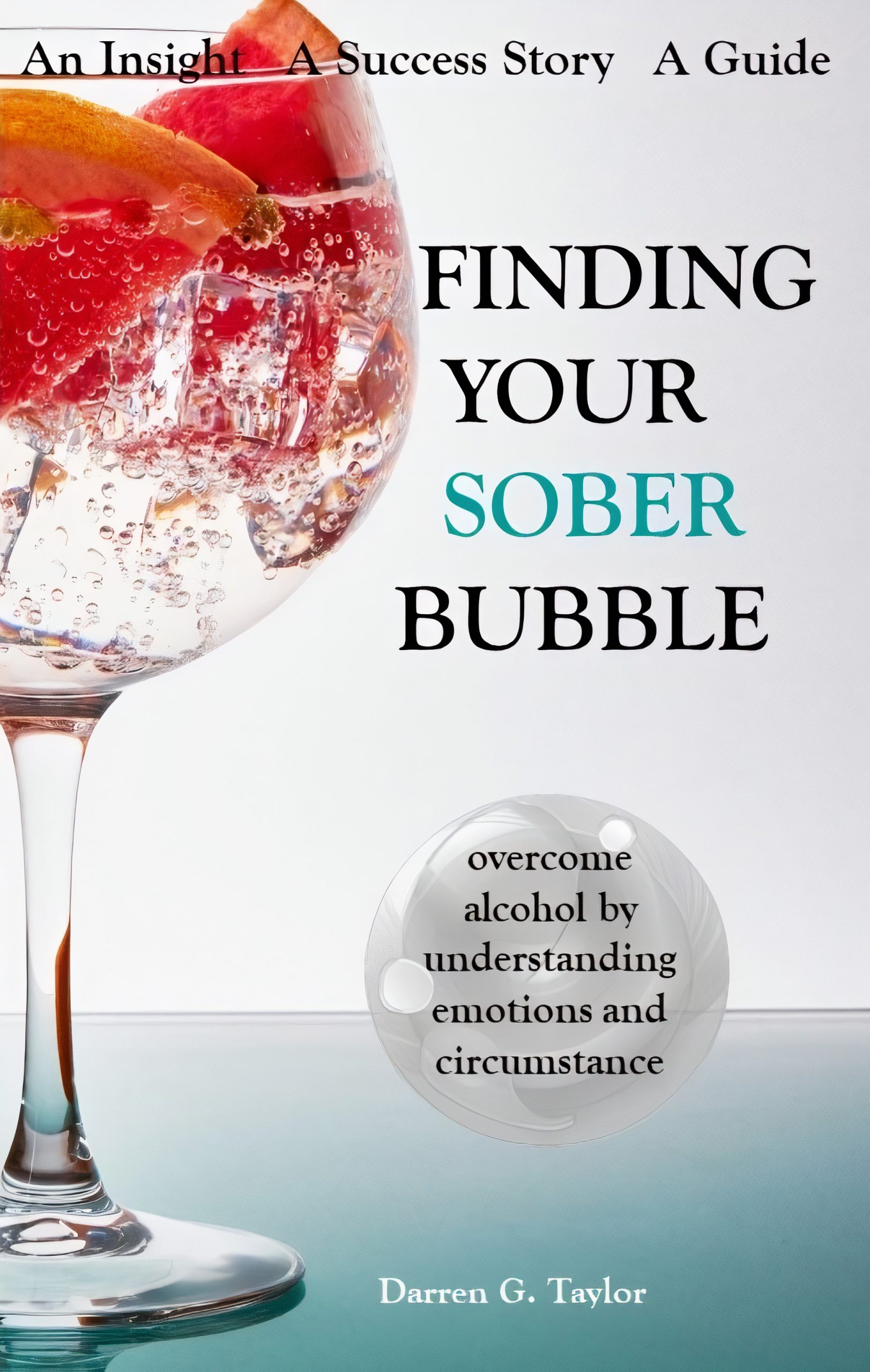