The answer to the question of whether alcohol free beer is a good idea could split a room! Sobriety defined is simply the state of being sober, or put another way, to refrain from our addictions and follow a certain path to ensure that we do not feel the need to use whatever substance again.

As you know my nemesis was, and still is, Alcohol and for 4 Months or so I never went near anything that remotely looked or tasted like beer, wine or spirits in case it set me off again.

In fact, other people drinking, booze in the house or thoughts of booze (constant) were enough to set me off in the early days, so I quite rightly stayed away.

Your opinion could be swayed by others who may recommend that you don’t touch it and generally I would suggest that if you had become a victim to the demon in the sense that it had completely taken over your life with severe dependence then it would likely be best to avoid AF Beer altogether.

In-fact from level 8 onwards on my Booze Category Scale, I would be extremely weary.

It was a friend of mine in AA who advised me to stay away from alcohol free beers, even though they are (some are 0.05% which is basically naff all) as the name suggests, free from alcohol, and for a while, as mentioned above, I followed this advice although as time passed and I grew confident I had cracked it, it didn’t seem right for me somehow and here’s why:

Over time, I have realised that it is not necessarily the taste, the look or the smell that grabbed me, it was the effect and once I had that feeling in my veins, I wanted more, that was addiction creeping up on me and that is what I craved, not “the flavour” (which is actually the feeling anyway in my opinion).

Whether it is psychological or not I will leave to the PhD’s, but in my sober world I do not have the same desire to get as much down my neck as possible, and it doesn’t make me want regular alcoholic beer…. Which is nice.

What we need to appreciate, and this is extremely important, is that every problem drinker is different, and there is no fixed methodology to achieve sobriety. If it doesn’t seem right or you feel it would lead to a binge, then just say no (to yourself). 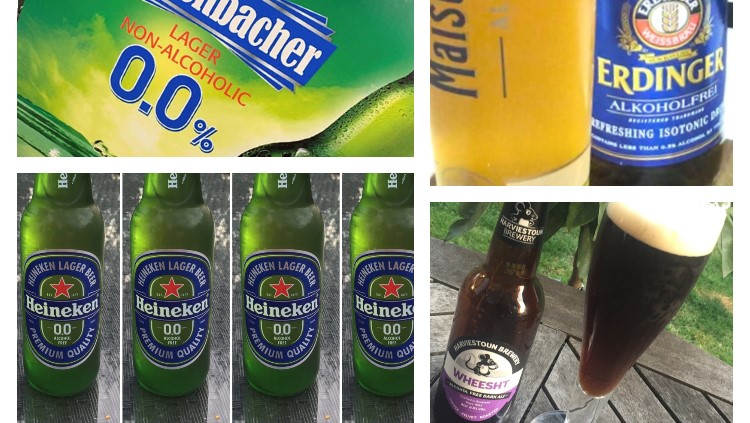 Trying them out: If you are in the early days and not confident of going to social gatherings then simply avoid said gatherings as far as you can but after a while, why not take some of your own AF Beers to a friends’ house (who supports your decision to quit).

This way, you oversee what you drink and when and, if you feel it is not working for you then you can at least get the hell out of Dodge!

Accept that other people have a choice and will drink, and for sure you will not be the last one there, in fact I would bet that as the alcohol starts to appear in the behaviours of your mates, they will start annoying you anyway and you will be grateful to escape and look forward to waking up feeling awesome.

There are some cracking Non-alcoholic beers available these days and I might even review a few occasionally in the future perhaps, but you will know whether it is for you or not.

Strangely (or maybe not), when I was drinking, I would generally opt for lager beer or wine (unless there wasn’t any and then anthrax would have done if I thought it would get me more drunk), however, I have developed a taste for the darker alcohol free beers or ales. What’s that all about? Maybe because I am in my early (had to get that one in) Forties?

For the record I have only tried alcohol free wine during my drinking days, and it was a let down then and therefore I have no opinion yet.

However, to be honest, I would be more cautious with this personally as wine would be my drink of choice to secretly drink, and on principal to myself I do not want to be reminded of that, plus with a beer, it just seems more casual and as mentioned above they do taste pretty good.

My final piece of advice would be; Get an ally on board but listen to your head and your feelings and if you feel like it is leading you or could lead you to the hard stuff then simply don’t bother and stick to tonic, diet of course! 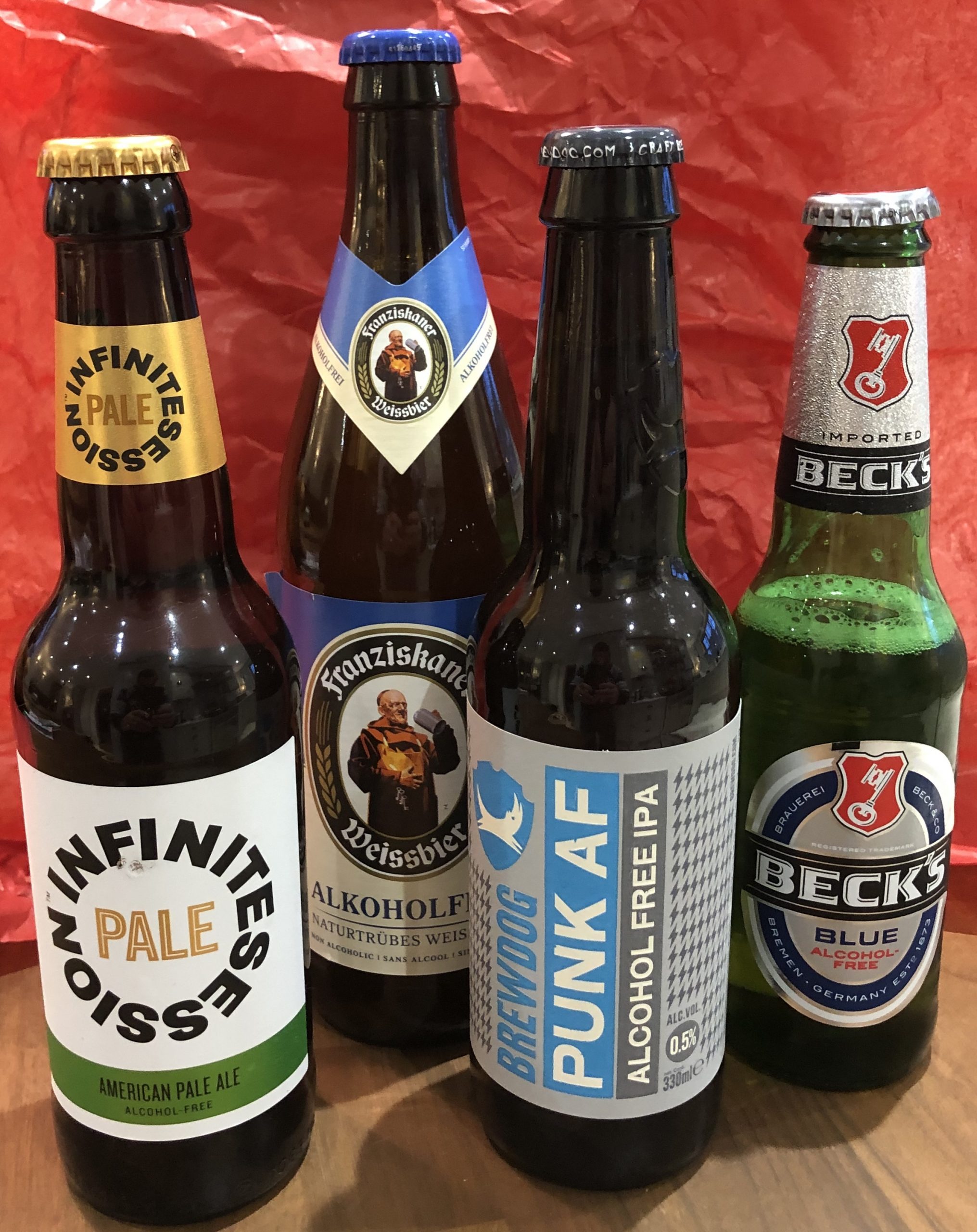